Beyond The Hague is written by a team of lawyers and researchers who were previously working in The Hague but are now off living and working in various other corners of the international justice field. All views expressed here are, of course, only those of the individual author.

Alex FIELDING is a Canadian lawyer currently based in Tel Aviv, working as an intelligence manager specializing in African affairs with a geopolitical risk consulting firm. He has a JD from the University of Victoria and was called to the British Columbia bar in 2008. Following a year of civil litigation with Stikeman Elliott LLP in Vancouver, he joined the Momčilo Perišić Defence Team at the ICTY in 2009 and worked with the ICC Appeals Chamber from 2010 to 2012. Most recently, he was based in Kinshasa as a detention delegate for the International Committee of the Red Cross. [afielding AT gmail.com | @alexpfielding]

Maria Elena VIGNOLI is from Italy and is currently living in Boston, MA. She graduated in law from the University of Bologna and holds an M.A. in human rights and genocide studies from Kingston University London and an LL.M. from Columbia Law School. She started in The Hague in 2009 as an intern in Chambers at the International Criminal Tribunal for the former Yugoslavia, and from 2010 to 2012 worked at the International Criminal Court, first briefly with the OTP’s Legal Advisory Section and then with the Investigations Division. She also worked as an Associate Legal Officer at the International Criminal Tribunal for Rwanda in Arusha, Tanzania before spending most of 2013 in Eastern DRC conducting research on the possibility of a locally managed truth and reconciliation process. She recently completed her LL.M. and sat for the NY Bar exam.

Paul BRADFIELD is from Ireland and is currently a PhD student at the Irish Centre for Human Rights at NUI Galway. Called to the Bar of Ireland in 2009, he has worked on a number of Defence Teams at international criminal tribunals, and for the Office of the Prosecutor at the ICC. Away from the courts, he also worked for the UN Office of the High Commissioner for Human RIghts, based in Gulu in northern Uganda, working on Transitional Justice and Peace-building issues, and in Malawi with Irish Rule of Law International, working to increase access to justice to those in long term, pre-trial detention. 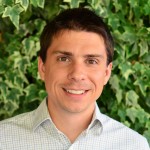 Peter DIXON is from the U.S. and is currently based at the Harvard Humanitarian Initiative at Harvard University. He specializes in mixed-methods research on violence, reconstruction and justice in transitional societies, with a focus on the Democratic Republic of the Congo and Colombia. From 2009 through 2011 he was a research fellow at the International Criminal Court’s Trust Fund for Victims. [peterjdixon.org | @peterdixonj]