The international criminal law world has been eagerly awaiting the Charles Taylor appeal to see whether the controversial ‘specific direction’ standard for aiding and abetting liability from the ICTY’s Perisic Appeal would be followed by the Special Court for Sierra Leone (“SCSL”).  The SCSL Appeals Chamber rejected Taylor’s appeal against a 50-year sentence for aiding and abetting crimes committed by Revolutionary United Front (“RUF”) and Armed Forces Revolutionary Council (“AFRC”) during Sierra Leone’s bloody civil war. The full text of the Taylor Appeal can be found here. 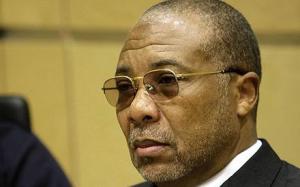 To recap, Perisic was acquitted because, considering his geographic remoteness from the crimes, his involvement in providing general assistance to the Bosnian Serb army, an organization with lawful and unlawful activities, was not ‘specifically directed’ towards their criminal activities.

For background on the ‘specific direction’ debate, James Stewart has strongly opposed this development here and here, and Kevin Heller provides a counterargument here.

Much has been discussed already in the blogosphere on the Taylor Appeal’s vigorous rejection of Perisic and the ‘specific direction’ requirement (see Kevin Heller on the SCSL’s incoherent and selective analysis of custom re: specific direction and Marko Milanovic’s post here).

Specific direction has been frequently misunderstood.  For example, the Taylor Appeal characterizes the Perisic Appeal as articulating a new element of the actus reus of aiding and abetting liability that does not exist under customary international law.  However, the Perisic Appeal held that specific direction simply means proving a culpable connection between the aider and abettor and the principal perpetrator of the crimes.  If this connection is implicit (in the finding that the aider and abettor provided practical assistance to the perpetrator which had a substantial effect on the commission of the crimes) or self-evident (if the aider and abettor was physically present during the preparation or commission of the crimes), there is no need to explicitly assess specific direction, which has been the case for most aiding and abetting factual scenarios at the ICTY/ICTR.

The SCSL Appeals Chamber then makes the nonsense assertion that such implicit or self-evident connections “would appear to be inconsistent with the standard of proof beyond a reasonable doubt and the presumption of innocence” (para 479).  So what is it then, does the Perisic Appeal make it too easy on defendants by narrowing the scope of aiding and abetting, or too hard on them by circumventing the presumption of innocence and standard of proof beyond a reasonable doubt?

The point of this blog post is to demonstrate that upon closer analysis, everything the Taylor Appeal says about Perisic and specific direction is actually non-binding obiter dicta, and should have, as I argue below, little or no persuasive value.

On my reading, here is the key paragraph of the Taylor Trial Judgment on aiding and abetting liability as it pertains to the Perisic Appeal (emphasis mine):

6905. Throughout the Indictment period, the operational strategy of the RUF and AFRC was characterized by a campaign of crimes against the Sierra Leonean civilian population, including murders, rapes, sexual slavery, looting, abductions, forced labour, conscription of child soldiers, amputations and other forms of physical violence and acts of terror. These crimes were inextricably linked to the strategy and objectives of the military operations themselves. […] The Trial Chamber therefore considers that any assistance towards these military operations of the RUF and RUF/AFRC constitutes direct assistance to the commission of crimes by these groups.

The Taylor Appeal cites paragraph 6905 in affirming the Trial Chamber’s findings on the RUF/AFRC military operations:

399. The Appeals Chamber has examined the Trial Judgment and concludes that the Trial Chamber did not find that the RUF/AFRC was a “criminal organization” or characterise it as such. The Trial Chamber specifically recalled that “war is not per se a crime under the Special Court Statute.” It did find that at all times relevant to the Indictment, the Prosecution had proved beyond a reasonable doubt that the RUF/AFRC directed a widespread and systematic attack against the civilian population of Sierra Leone, based on the large number of victims, the geographic scope of the crimes, the pattern of violence and the organisation of violence. It further found that the RUF/AFRC‘s Operational Strategy involved a campaign of crimes against the civilian population of Sierra Leone, using terror as the primary modus operandi, in order to achieve the RUF/AFRC‘s political and military goals at any civilian cost. [citing paras 6790, 6793 and 6905 of the Trial Judgment]  The Appeals Chamber has affirmed these findings.

While the Taylor Appeal states that the Trial Chamber did not characterize the RUF/AFRC as “criminal organizations” (in the context of the crime of “membership” in a criminal organization not aiding and abetting liability), the Trial Judgment did not state that these groups were involved in both lawful and unlawful activities. The military operations themselves were deemed to be “inextricably linked” with the crimes throughout the indictment period and, as such, any assistance to these operations was necessarily directed to the commission of crimes.  It also seems contradictory to state that a group’s military operations were inextricably linked to criminal activities, but that the group was not criminal in nature during the indictment period.

Going back to the Perisic Appeal, it was the fact that the Bosnian Serb army was involved in both unlawful and lawful activities (coupled with Perisic’s geographic remoteness) that required the Appeals Chamber to explicitly consider the specific direction requirement to determine whether the assistance was directed towards the commission of crimes.  Such a finding (of lawful and unlawful activities by the RUF/AFRC) was not made in the Taylor case, so specific direction is, in my view, not at issue. It is true that the defence argued for the specific direction requirement as part of the mens rea of aiding and abetting, but the Taylor Appeal ignores this mens rea argument (which was at least relevant to the facts) and goes straight to specific direction as an element of the actus reus in order to go out of its way to reject the Perisic Appeal.

To summarize, insofar as the SCSL Appeals Chamber accepted the fact that the RUF/AFRC’s military operations were criminal, the Perisic specific direction analysis was not materially relevant to the case.

The SCSL Appeals Chamber should have refrained from commenting on the correctness of the Perisic specific direction requirement. However, it insisted on trying to ‘right the wrongs’ of the ICTY Appeals Chamber, thus contributing to the apparent fragmentation of international law on aiding and abetting liability, with the SCSL and ICTY now making dramatically different interpretations (that said, if the Taylor Appeal is disregarded on this point as I’ve argued for above, this fragmentation problem does not arise). Perhaps it felt compelled to explicitly reject the Perisic Appeal because it had denied the Defence and Prosecution’s motions to amend their appeal briefs following Perisic.

The more prudent approach is for courts to limit their analysis and findings to the relevant facts and legal issues before them. This judicial restraint, which has characterized the approach of the ICC Appeals Chamber thus far (Ben Batros provides an excellent analysis of this approach in the Leiden Journal of International Law), avoids the dangerously expansive legal analysis of issues that are not material to the case at hand. The expansive approach espoused by the SCSL Appeals Chamber also leads to confusion, fragmentation and dubious precedents like the establishment of the JCE III mode of liability in Tadic, the ICTY’s first appeal, as part of customary international law even though it was not warranted by the facts. This mode of liability was definitively rejected by the ECCC and the ICC’s Rome Statute deliberately avoided JCE III by adopting the co-perpetration mode of liability in article 25(3)(a).  In defining the contours of international criminal law, especially by an appellate court whose decisions are final, a minimalist judicial approach is the preferred course of action.

One final note on the specific direction debate, the Sainovic et al. appeal (currently under deliberation) will be the first time the ICTY Appeals Chamber considers the Perisic precedent on specific direction as the Prosecution has asked the Appeals Chamber to reject its findings on specific direction (see the appeal hearing transcript at page 440).  Judge Liu, who dissented in Perisic, is presiding and the composition of a majority of the bench has changed.  Only Judges Liu and Ramaroson remain from the Perisic bench, with Judges Guney, Pocar, and Tuzmukhamedov replacing Judges Meron, Agius and Vaz so we will be able to see what this new Chamber thinks of Perisic/specific direction, and whether it refers to the Taylor Appeal Judgment.  Stay tuned…

[1] Obiter dicta is not binding on lower courts but may be of persuasive value only. Since Taylor was the last case of the much-maligned SCSL, the issue of whether lower courts should follow this decision is moot, but the fact that these findings were made in obiter arguably limit their persuasive value.

3 thoughts on “Charles Taylor Appeal: Why its rejection of ‘specific direction’ doesn’t matter”