On June 5th, the Kenyan “Amani Peace Building and Welfare Association” sent a letter to the ICC claiming that 93 victims it had earlier helped to apply for participation at the pre-trial stage in Kenya 1 now wished to withdraw from the case. Last week, the Common Legal Representative, Wilfred Nderitu, filed his report on the withdrawal as requested by Trial Chamber V. The public redacted version is available here. It’s an interesting read and highlights some of the core challenges of making participation a reality on the ground: in particular, (1) the challenge of knowing what participating victims really think and want and (2) the challenge of knowing how to interpret the difficulties of international criminal legal work in the field. The Open Society Justice Initiative’s (OSJI) ICC Kenya Monitor also just wrote about this issue. 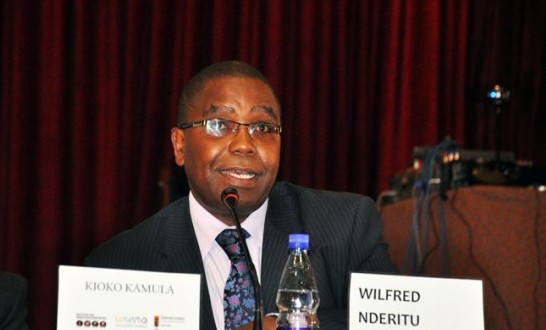 Nderitu clarified that out of the 93 signatories, only 60 are within the scope of the case, including 13 whose status is “uncertain” (the other 33 being victims of the situation). He in-turn tried to consult with these 60 participants, all of whom come from Kenya’s Turbo region, to understand why they signed the letter.

Some apparently said that the letter had been brought to them to sign by some person or group (this is redacted), although the Chairman of the Amani organization claimed it was an initiative by and for the participating victims. He also told Nderitu that the Turbo region was hostile to the ICC and suggested he avoid it until things “settle down”. Other victims claimed that they had been told that if they withdrew, the case would be moved to Arusha, Tanzania or to Kenya.

Nderitu also writes that many victims expressed their opposition to collective reparations, which apparently most saw as the trial’s only likely outcome but which they worried would also benefit perpetrators in their communities:

Due to this reality about the reparations regime, many victims feel disillusioned and consider that justice cannot be done in this way and that there is therefore no need to continue to participate in the case.

Other reasons given to Nderitu to justify withdrawing from the case included security fears, desires to participate in Kenya’s domestic “peace processes”, unhappiness that other responsible individuals had not been charged, hopes that compensation might be attained from the Kenyan government and fears that the ICC trial would take too long. Most telling is paragraph 13, which I’ll quote in full:

Some victims explained that they wanted to be involved in the peace processes that are taking place in the country and that they therefore needed to stop participating in the case, in order to effectively engage in these processes. It was expressed that the previous government lacked the will to cooperate with the ICC, and now that the government in power is led by persons indicted before the Court, the victims needed to prioritize their own security first, in relation to participation in the proceedings.

This paragraph is notable because after discussing all the reasons that victims gave to explain their withdrawal, Nderitu then uses the rest of the report to discuss the security challenges he himself has faced in his work on the ground. The implication is that given such an environment, this desire to withdraw might very well stem from fear and possible intimidation.

He describes a few telling experiences, which he argues should be interpreted as linked to this mass withdrawal. First, during a meeting with participating victims, several men from the local administration intercepted him and insisted on observing the meeting and having the names of the participating victims (Nderitu refused both). Then the power went out for the rest of the meeting and a police Land Crusier later showed up. At a separate meeting in Eldoret, the venue manager insisted on seeing the names and signatures of those participating even though this was not regular practice. Finally, in a heavily redacted paragraph (para 22) we get the following sentence:

The victim stated that he and the others had taken the position they would rather remain cautious about their interaction with the Common Legal Representative’s team [REDACTED].

Nderitu concludes in the end that these victims should be considered by the Chamber to still be participating until they can communicate their withdrawal individually. It sounds like a sensible conclusion. Where we can’t reliably assume that victims’ opinions are being accurately represented, it’s safest to seek out individual viewpoints. And doing-so for 60 people seems like a reasonable request. In an ideal world, a common legal representative would have the requisite resources to carry out a full and thorough investigation into these sorts of events (which Nderitu claims he doesn’t) and to accurately represent the diversity of his or her clients’ opinions.

But what of the events that Nderitu describes? Is it fair to draw a connection between these incidents and the victims’ withdrawal, in the absence of a concrete link? Do they reflect intimidation by the national government, as he asserts? And since I’ve already started with the laundry list of questions, is there a standard to which such accusations should be held? I ask these thinking of the times when in our own work we’ve been blocked and/or harassed by local officials and leaders simply because they felt ignored. But I am of course also mindful of widespread claims of witness intimidation and the withdrawal of key witnesses, which Nderitu focused on in his opening statement on Tuesday (from OSJI):

At another level, your Honours, the withdrawals [of witnesses and victims] will make meaningless efforts by the Court to address the immunity — the impunity gap, and at yet another level I hasten to warn that the withdrawals may well spell the death knell for this Court and for international criminal justice as we perceive it today.

One thing is clear, as Nderitu also stated in court last Tuesday: “being a victim in Kenya is tough.”

UPDATE: A friend rightfully reminded me that witness intimidation of course happens on both sides, defense and prosecution. During the Ali confirmation hearings in 2011, for example, a defense witness was attacked. The same witness was then fired by his union for “failing to serve the interests of the members.”