Chris Tenove is a Doctoral Candidate in Political Science at the University of British Columbia. You can find more of his writing at his personal site, from which the following is cross-posted, and follow him at @cjtenove.

On May 22, U.S. Ambassador Samantha Power asked Qusai Zakariya of Syria to stand up in the gallery of the United Nations Security Council. Ambassador Power was in the midst of arguing for a draft resolution to refer the Syrian conflict to the International Criminal Court. She had to justify a resolution that some – including Ambassador Power herself in the past – had suggested could undermine a peace deal, and that was doomed to be vetoed by China and Russia. (Others have commented on the speech and the U.S. strategy, here and here.) Mr. Zakariya, a victim of a chemical attack, would be part of that justification. 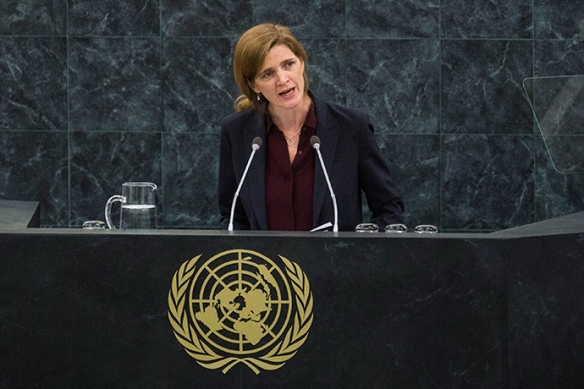 Several scholars have written about how different actors make assertions about victims of international crimes in order to promote their aims or authority. Among others, Kendall and Nouwen argue that “the Victims” is an abstract category that justifies international criminal justice and displaces the voices of actual victims; Sagan has claimed that African war criminals and victims are discursive subjects integral to the project of cosmopolitan liberal justice; and Dixon and I argued that victims are central to claims about legal, expert and moral authority. So it is interesting to look closely at the rhetorical deployment of Mr. Zakariya.

END_OF_DOCUMENT_TOKEN_TO_BE_REPLACED

[This appeared originally on Justice in Conflict on 11 October, 2013.]

As African leaders publicly question their support for the International Criminal Court, a wide range of ICC supporters have rallied to its defense. Here, along with my co-author, Chris Tenove, we use a framework put forward in our recent paper in the International Journal of Transitional Justice to examine the allies and the forms of authority that the Court can turn to. (Chris is a doctoral candidate in Political Science at the University of British Columbia and a semi-regular JiC blogger.)

Representatives of African Union governments recently gathered to hold an “emergency summit” in Addis Ababa to discuss the relationship between AU members and the International Criminal Court. The summit was a critical test of the ICC’s authority. Several commentators have already considered the meeting’s significance, potential outcomes and implications (and offered their own suggestions). Here, we would like to discuss what the summit tells us generally about what international criminal justice is and how it works. In particular, we would point to claims about the ICC’s authority made by those who rally to its defense.

In a recently published paper, we propose a framework explaining which actors are involved in international criminal justice (ICJ), what kinds of fundamental rules and practices motivate them and what forms of authority they wield. END_OF_DOCUMENT_TOKEN_TO_BE_REPLACED